Waterproof Wings
The wings of butterﬂies don't just help the insects fly. They also repel water. The wings do it so well, in fact, that an international team of engineers now sees them as models for how future airplanes could be made. Moisture makes ﬂight less efficient.
Ice is even more of a drag. A butterfIy's wings, with their intricate ridges and waxy covering, can buck a water droplet 40 percent faster than the famously hydrophobic lotus leaf.

Every millisecond is important. “If we can reduce the contact time with water, a surface can stay dry Ionger,” says MIT's Kripa Varanasi. That would mean faster flights and less need to spray de-icing chemicals, which in 2013 delayed thousands of U.S. flights. If the idea takes wing, it won't be the first time humans have taken a page from nature's efficient playbook. -Daniel Stone 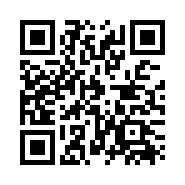